Oh goodness. With our hand foot and mouth disease, shortened nap times, and the fact that Weebly has not been cooperating with my blog posts means that I am seriously behind on my blogging. I have all these drafts written up, but adding pictures to them has been a challenge. We are here to fix that today. And we will start by sharing a color mixing activity Izzy and I did called color eruptions. For this activity, we got two small containers that we put baking soda in. We then put those in a larger container and poured in colored vinegar. For example, we would use red vinegar for one container of baking soda and yellow vinegar for the other container. Then when the vinegar and baking soda erupted, the eruption would be contained within the larger container and the vinegar would turn orange.. It’s a little complicated to explain but it was awesome! These pictures might help clarify though. 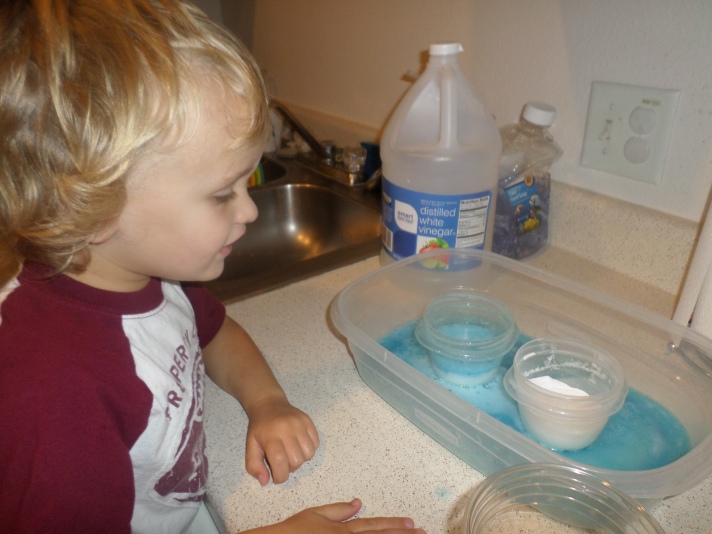 For Sydney’s activity, we did sensory play with rainbow jello. I made up three different batches of jello and just let her have fun squishing her fingers through it and giving it a good old fashioned taste test! Izzy has been waking up before her lately which is simply unprecedented and he wanted to play too. However, I convinced him to sit on my lap and watch her play until she was through exploring and then he could have a turn. It was so cute to listen to him tell her about the different colors of jello and he kept saying over and over again, “Get messy sister. Get messy!” And sure enough when she was done, he did a little exploring of his own. 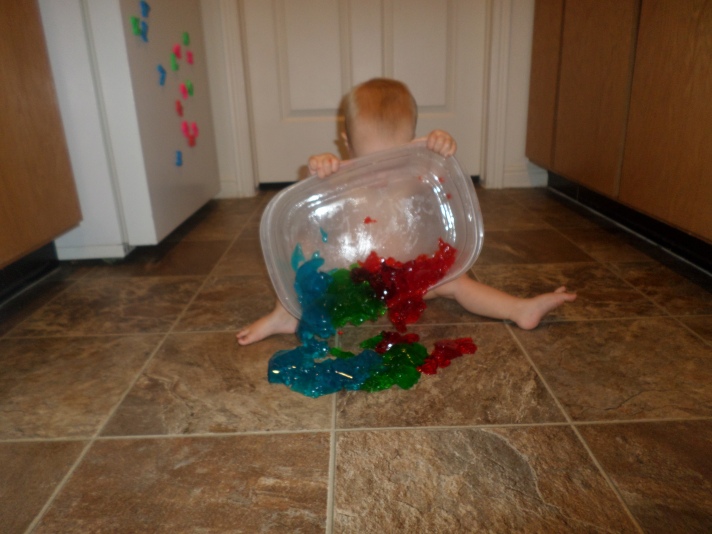 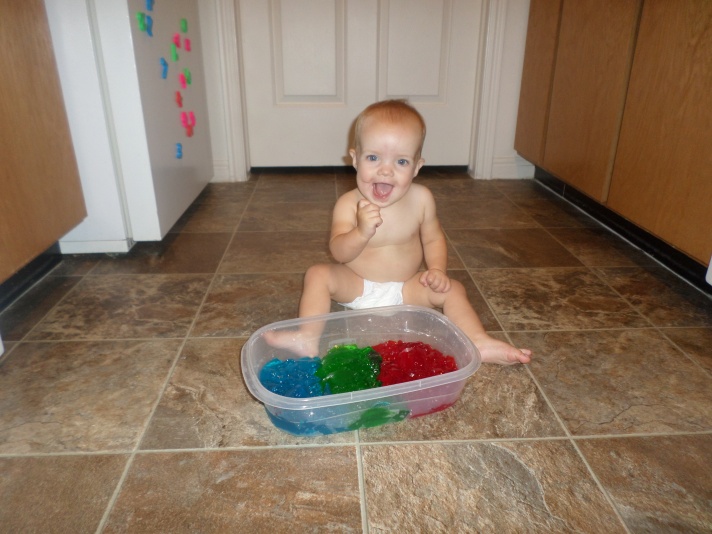